Gender inequality and male chauvinism is no joke ! It exists in real and howww !That one matter being the hot topic in debates for decades now is of women equality .Women and some male all around the globe are stretching thier social and economic limits just to get the women thier desired equal place in society. But , the issue remains unsolved and patchy till date .No amount of modernism and upgration did bring about the drastic change that can be tagged as a revolutionary one and thus bringing gender equality.

The question arises as to do we know the exact meaning of gender equality ? Or the difference between  an equal treatment and special treatment ? On one hand ,  we cry our lungs out about women be treated on the same grounds as men ,while on other hand we literally beg for that special seats being reserved for females in public transports and other such places . Is this literally be called gender equality thriving in our society ? Is this what we call the

society  ?This saying indeed says it all .

Sorry for being blunt ,but this doesn’t in any ways has a far away connection to equal status of women with men .Either we stop crying out for our equal rights or we stop expecting to be treated specially by them .It can be either one of the option for us .By diving in both the sides ,we are actually contaminating the meaning of equality in gender.
Personally, I think women should be just treated the way any male is treated .This includes quitting those special rights women get from the state too . If we actually believe that we are strong enough or more stronger than men to compete and excel them in various fields , then we may as well ,be termed a competitor in the remaining fields too . 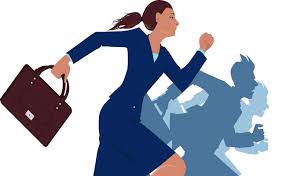 By being treated specially we open doors indirectly for male chauvinism in a disguised way and patriarchal practises too . Because ,in that case  we hand over our individual rights to those male who in turn care for us . ( nothing wrong in it of course ) But ,if you call yourself a die hard feminist, you may not like being cared and cooed by a male as if you are a piece of glass.
Mostly men ,adopt our ways of treating ourselves .If they feel we like being treated as thier alikes,then tend to behave the same way with us . And , if they observe ,we like those special treatments, they are mostly way too happy with that .Summed up all , men very well know the difference about being women treated equally and specially. It’s just that they adopt to the situation according how the opposite female reacts .
I may be wrong in my visionary analysis of gender equality of what other women may want be treated as and how they feel about it all .But ,as I said before ,it’s my outlook to this complicated issue or debate to be called exactly , which has got so many issues attached to it in the past and may continue for some time in future as well .For myself,I would prefer to be treated as an individual who is strong and able and can look after herself despite the word

attached to her !!
I’m blogging for the India Today Woman Summit 2015 #WomenPower activity at BlogAdda.