It was the most unusual day of my life! The sun that showed it’s way to the winter morning looked too gloomy, as if it had some notion that the day ahead would be a dreadful one and not worth to rise in! I never knew my backyard had access to so many little creatures neither had I ever thought they would effect me in the most eeriest way. 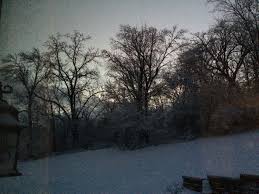 My usual morning schedule was followed by an extra cleaning time as it was a holiday. I rarely can do the tidying stuff during work days. Hence, the kitchen corners needed some more strong a treatment to get them shining spic and span. I went out to bring some strong acid from the local to shop to treat it. Locking away I went leaving my home almost clean and organised accept the kitchen area.

The local store uncle warned me before handling the acid bottle, “beware! these are the rarest types of strong acid. Can actually make you burn till death.” But I had no kid or anybody else to worry about hence, just accepted it as any other warning.

Winter afternoon are often silent ones as people tend to stay indoors when it’s chill outside. At that time, while unlocking my door hearing some wacky sounds seemed fishy. I avoided the soft commotion around and went it. A wave of shock touched me as I saw some scattered pieces of paper and some things being fell down on the floor! There couldnt be an intruder in my place? Well, it better not! I didn’t have anybody to turn to in case of emergency or any other matter.

Peeping out in all directions, checking out all corners and windows I was quite sure it was just some strong breeze from an unlocked window doing the mischief I went about to continue my cleaning. Gloved and masked up I went about cleaning the stuff, quite satisfied with the results and threw away the bucket full of waste water outside the kitchen window. Phew! my work was over for today, time to relax! I went up in my bedroom for a short comforting nap.

Ewaaaq!! a strong shrieking noise caused me to get up suddenly from my bed. Ggosh! it was almost dark and I was still sleeping. But, wait a minute! That shreiking sound now seemed to be loud and clear along with a loud cry. A cry of something strange. It wasn’t certainly a human crying. Going down I again peeped around each corner of the house. Nothing was unusual for sure. The backyard, yes,! let’s check it now! 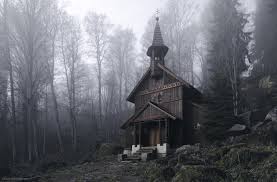 I turned around with the worst shock of horror of my life! I just couldn’t see what awaited me out there in the backyard. The most ugly yet painful sight one could see. But sure I have to face it, do something about it. Taking baby steps I walked foward and caught a close look with my mobile torch.

A big cat with several tiny kittens, may be just a day old, lay there burnt down. I mean almost burnt down. They would have been the most cute white kittens until I wouldn’t have thrown the acidic water on them. But now there were only burnt marks and some other fluid on thier body and they were shaking and wriggling continuesly with pain. Gosh! What have I done!! I wish I could do something for them. I immediately called the local vet but in this small town, networks often used to act funny when you needed them the most! Shit! I searched all over the Internet for some remedy but can in now ways cure a big cat along with half a dozen younger ones and that too those who were continuesly shivering with execive pain. The screamings increased. I tried calling the neighbours but to no vail.

That evening I watched seven lives scream, scratch and die in front of my eyes and I couldn’t do a thing for them. The pain, the guilt I felt was almost deadly for me. I cried and prayed, but those were not enough I guess. I killed seven lives that night!!

Early morning rays hit the backyard again! My maid shaked and grabbed me back to reality. I sat there all stunned watching those dead animals on my backyard. She helped me out and I lifelessly buried them there.

That night though I couldn’t sleep, but still I tried and awoke at least a dozen times hearing those cries again. They say a cat never forgets a home she visits! It certainly didn’t forget mine, even after its death! After that day, each night I used to check all the corners and backyard too before sleeping. But still those screeching continued to wake me up in mid of each night.

I visited lots of pychologists after that. They all said the same thing, The guilt was the real reason behinf the sounds. But even my friends confirmed hearing the same noises at midnight. I left the town, the city but the guilt still follows me though the sound doesn’t! As for the house, it still lay there all alone, eerie and dark.No one could buy or rent the place even after years of that incident.