The larger country on the world map that comprises of excotic beaches, slopes of glacier-capped mountains and some centuries old heritage sites to explore. The country with diversed climatic conditions and some monuments worth checking. Let’s get to know today the major tourist attractions and places that’ll leave a great impact on your sense for a lifetime.

Located in the Caucasus Mountain Range in Southern Russia, it’s highest summits on each of the planet’s seven continents. The Captivating mountain have now formed an unirrupted volcano that attracts major amount of spectactators here, even the cable car giving the rider a ride high as 3,800 meters (12,500 ft), proves to be a temptation too.

Located in Karelia, a region in Northwestern Russia, Kizhi Island is more famous for it’s incredible open-air museum that’s around here since 13th century. This museum proudly flaunts the 120-foot high Church of the Transfiguration of Our Savior, a structure made famous by its 22 domes along with other cultural gifts. This island also has some incredible dom houses, portrays ancient and western culture mixed in a subtle way and breathtaking beauty scene.

The oldest and deepest lake of mother earth, Lake Baikal holds around 20 percent of the world’s fresh water. This 25-million-year-old lake is surrounded by mountain ranges on all sides it’s called the most clear lakes of the world. Along with its mind blowing beauty, the various resorts opened up on this lake makes ita beautiful tourist attraction of Russia.

Suzdal can also be called the jewel of Russia’s “Golden Ring,” one of the ancient cities that the country has preserved as living museums of Russia’s cultural past. The country’s best heritage along with Russia’s historic architecture, full of onion-dome topped kremlins, cathedrals and monasteries dating back to 1024 is what Suzdal flaunts off proudly.

Dating back to 1764 by Catherine the Great, the Hermitage Museum in Saint Petersburg, Russia is a huge museum of art and culture showing the highlights of a collection of over 3 million items spanning the globe. This musuem includes almost everything and anything from the Russian cultural history. That’s the reason of it being one of the most favourite checkout places amongst tourist’s at Russia.

Other than these, some of the various impoessive places to visit at Russia includes Saint Basil’s Cathedral, an incredible inheritance of past culture to the world, St Sophia Cathedral, Novgorod, Valley of Geysers, a valley occupying various geysers at the same time and attracting lots of tourists here each year and Trans-Siberian Railway being the old and largest railway lines at Russia. 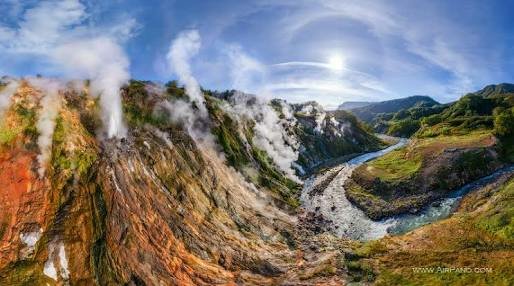 For foodies, Russia has got a massive spreadout of delectable dishes, once here don’t forget to taste their innumerable tasty delicacies like the Borscht– A beet root and beef soup, lightly spiced and served cold with a dollop of sour cream on top. 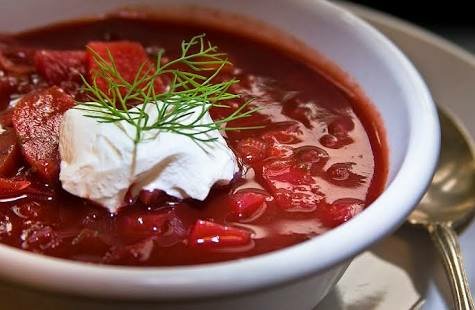 Golubtsy– Shredded or minced beef wrapped in cabbage and steamed/boiled until cooked.

Olivie– diced veggies and fruits all mixed in generous amount of mayonnaise.

Potato Okroshka– A slurpy cold soup made from buttermilk, potatoes and onions, garnished with dill.

I am sure reading about all the above places and delicacies, you’ll definitely start planning your next trip to Russia soon.