Millennials, there’s a wave of the around the globe. Nearly 27% of the global population. The generation that has achieved the incredible in the most rapid time span and in an exceptional way! The one generation that has seen a major transformation of time and a fabulous revolution of technology and has excepted the change very much sportingly. The one’s who were born in the 20th century and carried on towards the 21st! These are the game changer of the society bringing about the change that they desire and just how! The ones who believe in themselves and share the same belief for their counter parts too. They believe in conquering the world with their talent, incredible energy and exceptional knowledge of technology they have! The one who wants to embrace globalisation largely. 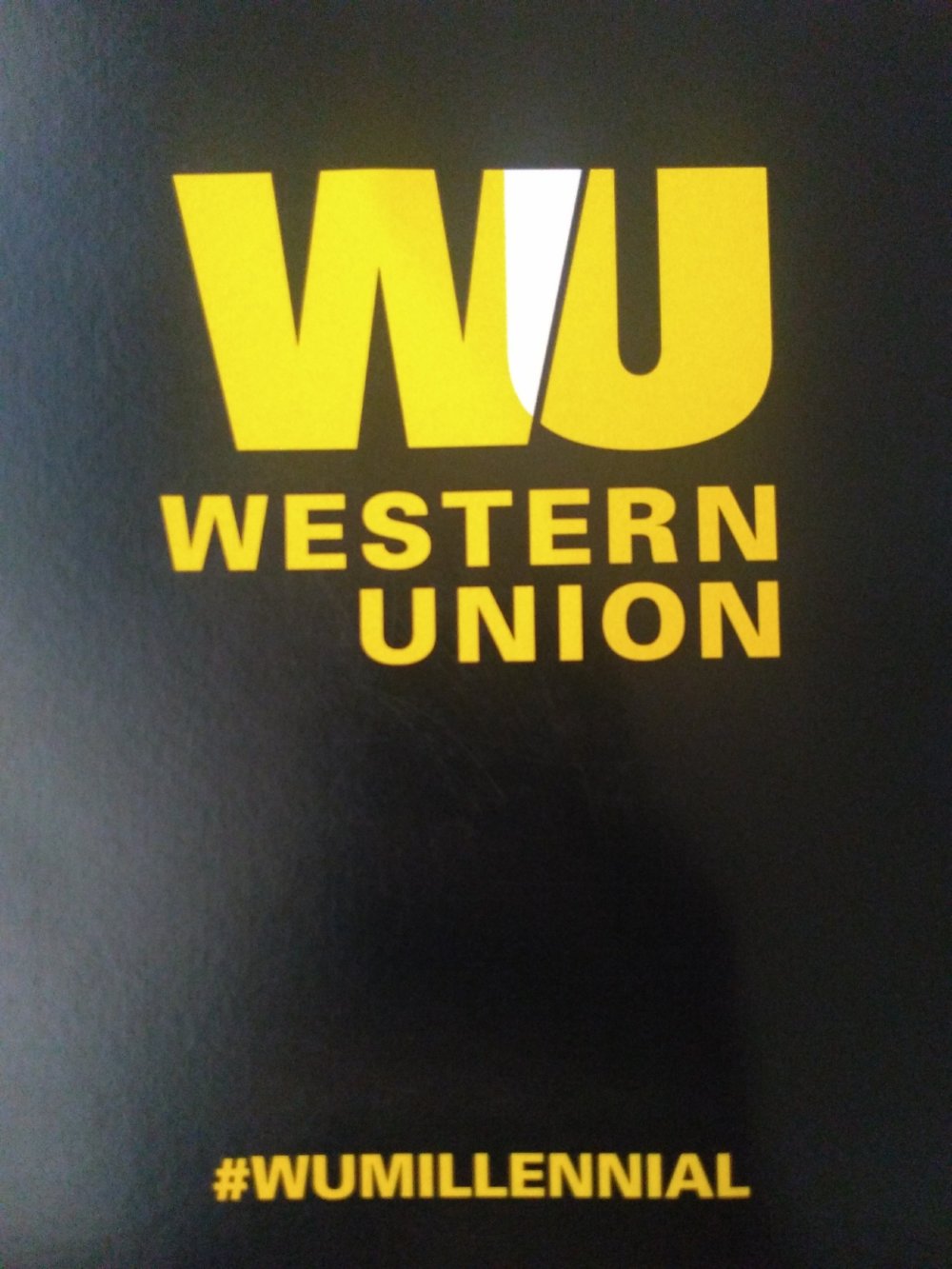 When western union surveyed these millennials, they discovered that these millennials didn’t believe that hindrance of caste, country, borders, race and class shouldn’t be considered as something major. They believed that they could cross these hindrances and make the society a better place to live in. While almost half of the millennials believed that political representatives aren’t compatible enough to represent their demands and needs and can’t handle them properly. These millennials comprise of individuals considering their likes as opportunity sharers rather than competitors. Thus, bringing about a fresh aura of unity and progress that goes hand in hand with devoluping technology. 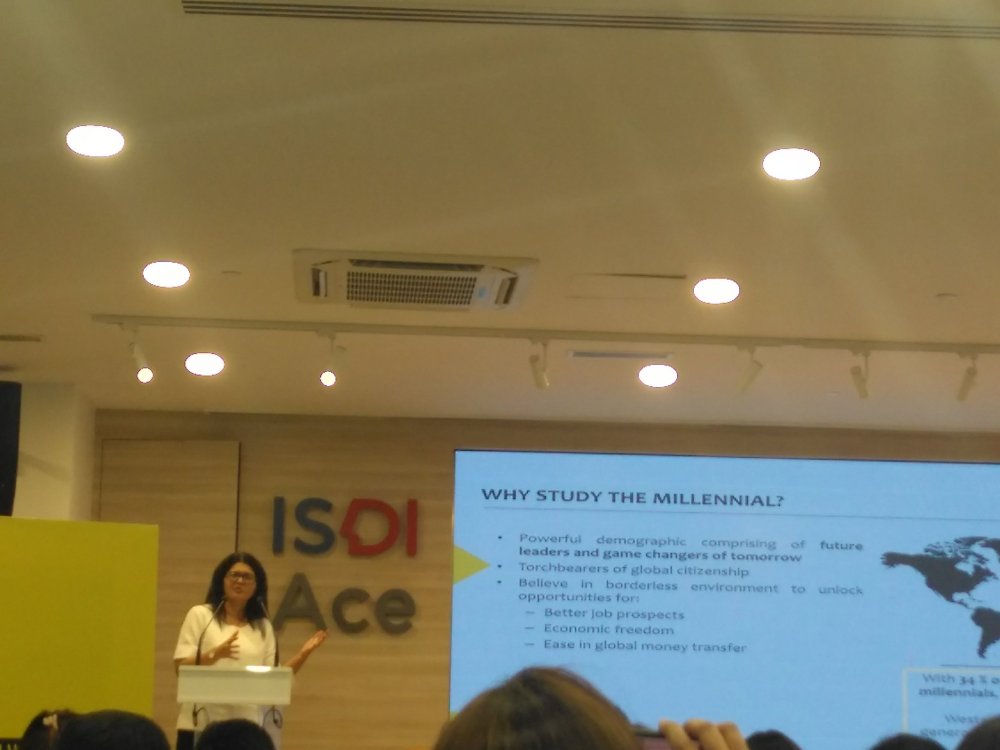 The Western Union Millennial round table meet up!

In the western union #WUMILLENNIALS event recently held at ISDI centre, Mumbai, they celebrated this power of millennials. Here, they showed us how they shared the views of millennials of crossing borders and other hindrances and creating an easy and free flowing society globally. They revealed how Western Union depicts globalisation just like these millenials did. Where in transferring money from a state to another state, a country to another and from a continent to another ones becomes just a matter of seconds with Western Union Money Transfer. Their flexible policies while trasferring the funds globally makes it easier for everyone from any side of the globe to embrace it, accept it!

With around 550,000 retail locations at around 200 countries moving about $300 billion principal in more or less 130 currencies and processing 32 transactions every second, they offer the best global reach for easier money transfers. Hence, we can rightly say that in time being, they have evolved as global leaders in cross border and cross currency movement with an omnipresent platform that consists of the digital and physical worlds and helps consumers and businessmen to more around money with efficiency and ease.

The panel discussion was also held here to study the power of globalization and millennials briefly. The panelists comprises of some well known millennials who with their amazing talent, up-to-date education and proper use of of technology have gained fame, brilliant social following, success and wealth in a much shorter span of time.

We had our host, Ankit Vengurlekar, the editor of technology on Tech2. With his exceptionally well hosting that of course comes for an experience of anchoring for CNBC and hosting for BIG FM, he made the panel discussion and the topic of millennials so much fun and easier to understand. His discussions and sharing about certain examples where youth have created a difference through social media without any huge hash bash through youth ki awaz and other sources is really something that should be acknowledged.

We had Pooja dhingra, the pastry chef of Le15 pattiserie who shared her experience about her unique selection of career that came as an open door of succes and fame to her. Because of her incredible achievement at such a young age, she was selected by Forbes India for their, 30 under 30 Asia list. It was inspiring to hear her story of achievement and the stairs of success she climbed so well in this time span.

Sohini Rajola, the regional VP of South Asia and India China at Western Union also shed some light on how gender discriminations are no longer a serious issue in most of the work place and how millennials had taken it as a matter of equality. Plus, she shared how she made it to the high positions in the banking and finance world while she started at an age of 18 with Axis Bank.

We also had with us karishma mehta, the founder of the famous facebook page, Humans of Bombay. She described how she started with the help of a photographer friend and created a normal page inspired by the Humans of New York which later within a short span of time got publicised and viral and was among some famous names in the digital world. Her efforts, her stories through which she have helped hundreds and raised funds of lakhs was an inspiration. She explained bow globally she got donations to raise funds for the daughters of sex workers through a story they shared on Facebook.

Another millennial we had was Himanshu Sehgal, the founder and blogger by the name of my yellow plate. His passion of taste and travel got him features on national geographic, Huffington post, lonely planet and other sources and his portal is amongst some of India’s top online portal globally.

Siddharth sahani, the co-founder and executive director at the ISDI was quite clear about his vision for globalisation and have shared quite a few experiences of excellence in his students and their wide outlook towards social issues. Through his large experience in healthcare and education and working in the institution, his knowledge about certain factors in start ups and finance is impressive.

This discussion left me open minded upon how millennials are a medium of a vast change in society and how globalisation is creating the road for them to capture the opportunities and gain the incredible in minimum time!