Slowly, she turned leaving the door half open and following them inside the flat. Adil Khan was busy taking in the whole house through his deep, penetrating glances while Mr. Pinto was talking continuesly praising the house. His glance was almost everywhere around the place and then at her. He caught her eyes as if fitting in her with the place. She knew, she just could sense that he was trying to guess her persona with the place. As if to find out her next breaking point to destroy her. He was trying to find the best thing because of which he could target her and hurt her more. Not that she was already breaking from inside. Being ill, high in fever and dead tired wasn’t enough, the feeling of loosing her only loved possession, though of rent hurted. The tears itched around her eyes to drop down, but she just couldn’t afford to weaken up in front of this man. May be she can convince Mr Pinto later. But she knew very well, this man cared only of money and somehow she knew Adil Khan will shed triple the amount of the place just to snatch it away from her.

Finally that man have stopped talking. He was talking about the things he already knew of the house while showing him the place. His men have answered him within an hour of the call last night and gave him all the details needed of the place. And convincing the owner was just a cake walk in itself. Money matters! That was his mantra to success. He knew he can get this house by just showing more than the destined amount of the place. That look of shock on her face at seeing her made him glad. He have started loving that feeling of shocking her with his attacks. Attacks, those were what he would call his attempts to make her pay for her deed. After all he have vowed to make her pay with all her might! He glanced at her closely when he entered the house with the owner. She looked pale, weak somehow and as if she could pass out with the shock she got. Of course that was understood, it was just yesterday night that she got the worst punishment of her life. He mused.

The house was plain, just like the girl. A small and simple house with rarely any furniture in it and light dull Cream colour. It was neatly maintained but needed good maintaining. His servant quarter was better in terms of colours and furnishings and here he was paying double the amount for this damn place. But who cares? This was what she loved isn’t it? The way she hugged the gates and touched the walls in despair last night shows it off clearly. Well, she must loose it. To know what slapping Adil Khan meant. She is going to have the worst part of her life now. He is going to make sure of that. He looked directly at her. Standing sideways with rigid shoulders and a firm look on her face. She glanced back at him and looked directly in his eyes as if accepting the challenge more openly now. The look of extreme hatred portrayed in her eyes. There was a flicker of pain too which clasped him for a second, but the next instant he could just see the same fire in her eyes as it was in his. It was Mr. Pinto who interfered them, “you can show him the place properly Sarah.” He made himself more comfortable in the chair now picking up the newspaper from the table and opening it. She went ahead and fully opened the half opened bedroom door so that he can take a look at it. Without warning he was just behind her. Close very close. She moved two three steps forward and opened up the curtains and window. “You can have a clear look of the area from here.” She said him roughly. “Who cares! I am sure my driver will be already knowing the place perfectly well around.” He just shrugged. She was surprised, “ you are actually buying a house in a doubled rate for your driver?” “Actually my driver deserves a better place than this one. You know the servant quarters of my place is far better, bigger and well furnished than this depressing, rotten place?” The pride in his tone was disgusting. She just couldn’t bear it any more, she came forward in rage and snarled, “so why are you wasting your money buying this roottten place?” “You know why, don’t you?” ,He asked with a lazy smile. Sarah couldn’t imagine she have hated anyone more in her life before. She shook her head,”you know what? You are disgusting. Do you know because of your stupid revenge of buying this place,which is no importance to you in double money can leave someone homeless?” her time actually went painful saying those last words. For an instance he felt something for her, sympathy may be, but the next instance he enjoyed it. Afterall it was weakening her. He smiled, stepped a little towards her, bent a little and asked her, “you know, you wouldn’t be homeless after all. I can offer you sharing my home or room instead?” He asked with a glint of mischief in his eyes. He didn’t knew why, but the offer was spontaneous.

She jerked her head towards him with feirry eyes and raise up her hand to slap him again, “how dare you?” ,The next instant he clasped her wrists in his strong hand with anger lashing out from his eyes. “Not again, my dear girl, not again. No one attacks Adil Khan the second time. They don’t survive after the first to attack him again.” He talked with strong words as he looked directly in to her eyes. He looked in her eyes with a challenge, standing just an inch away from her, her hands were still in his though she was twisting them regularly to snatch them away.
The force of which he clasped her hands made tears shine in her eyes. He was hateful, how can he offer something, something like this? She felt disgusted. She would have killed him for his offer by God, she would have if she had a knife right now in her hands. But she couldn’t even slap him for this. How weak she was to get her hand caught in his and couldn’t even get it removed? The look in his eyes when he snarled back was scary. She got so scared by his tone that she was about to cry. Suddenly, his hands went loose, but didn’t leave her. His eyes showed something that was entirely alien to her. Not the hatred, not the pride and not the hate too, it was something different, that make her look away from his eyes. She just couldn’t bear it. It made her feel vulnerable, soft and didnt know why a little out of place. 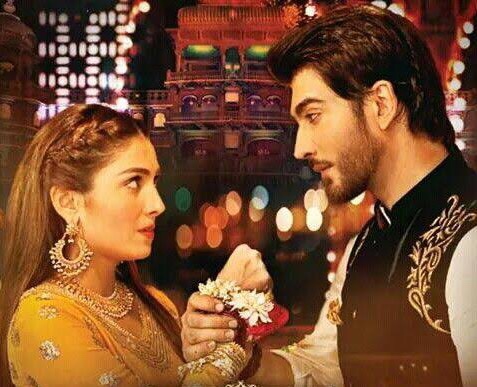 Those sparkling crystals around the corner of her eyes made her look so innocent, so…. Beautiful! He felt something, his heart missed a beat, he suddenly felt he was holding her too fiercely, she was so weak, such vulnerable. He loosened his grip from her hands but didn’t want to let the soft feel leave his hands. Those eyes were magical. There was something in those which held him captive for some seconds. He felt as if he could just keep looking at her beautiful face for ages, to let her get close to him and to held her closely against him. As if she felt those things for real, she went pink. Blushing slightly, her lashes went down on her face. He couldn’t believe it. Actually a woman did blush? He have seen anyone look so wonderful before. She looked as if a rose, all soft and pink and… shy! This was something new and he loved the feeling of it.