Two days later the surgery, he was feeling better. The doctors weren’t quite confident because of the severity of her condition but he have already told them whatever the consequences will be, he’ll bear the blame and result of all. He knew he have taken a huge step, specially for a girl whom he knew nothing about and the expense that can cost him his life along with the lakes that he have spent on this surgery. She wasn’t still in her conscious and didn’t knew much what have happened to her and was happening with her.
She woke with up with a severe ache around her abdomen. Her eyelids seemed heavy and head spinning. She tried to adjust to the light in the room but firmly closed them again. After some time, she tried moving but her body seemed to be paralysed, she couldn’t move, especially with all the pain in the body. “Water…” she murmured and a strong pair of arms got her in sitting position and gave her some water and later back to her position. She tried to see the face clearly but the blurred vision was enough to make her head spin badly and again she felt in the layers of unconsciousness.

She sensed him, she knew she did. She couldn’t be wrong in here. The pain was severe and she couldn’t even move but she wanted to know if her doubts were right. She slowly opened her eyes and saw the man standing near the window. He was someone clad in white kurta pyjama but looked very similar to ADIL Khan. She was confused may be because of her poor health and pain, but he looked so like him. Buy she haven’t seen him in any thing other than blazers. He may not be here. He couldn’t be, why would he. Unless she was in hell now after her death. She tried hard to think where was she and what have happened to her. She remembered falling outside the hostel in a dark night and splash of water falling on her. But the pain now was too much. 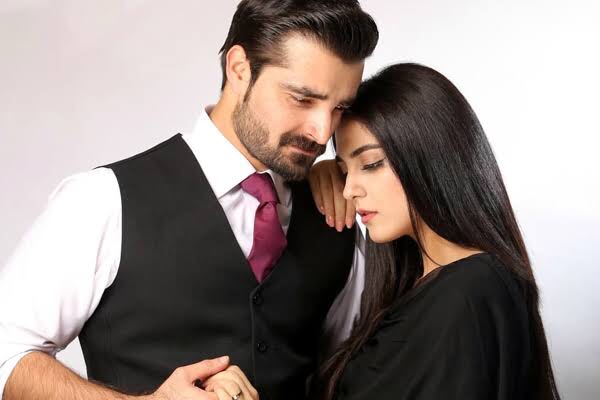 She looked around her, the place wasn’t a hospital for sure. It was an elegant looking place with subtle but pleasant furnishings and light brown certains giving the room a great charm. She wondered where she was now and who’s place she was at! At that very moment the person turned to see her eyes open and slowly came towards her.
Sara couldn’t believe what she saw. May be she was in hell. He was coming towards her, slowly like a prowling tiger coming towards its prey and here she was lying lifeless in severe pain on the bed. “If you don’t find a place, you can share my home!” She remembered his words and gulped. He was dangerous she knew but she never feared anything like this from him.
She tried to stand up but couldn’t. She had to run, he was going to come towards her, attack her and god knows what! He was ADIL Khan, the man who could go to extremes to harm her. But he came forward, “Go away! Don’t come near me, otherwise you don’t know what I can do. You just can’t win against me at any cost. You can’t force me to stay here with you. I know you have kidnapped me from the hostel, you wretched man. What more can you do. Let me go from here.” She screamed and tried to get up and run but she didn’t knew why she just couldn’t make a single move. She didn’t even knew how tears of helplessness came from her eyes, “ what have you done to me, why can’t I move? Tell me.” She said between tears.
Adil did feel some movement ehe he turned to see what have caused it. May be she was thirsty again. But he was surprised to see her watching from there and in her full senses. The doctors weren’t sure which side effect would she be facing after the surgery. They doubted about her being in severe coma where her brain and sensory organs won’t work or her being well sensed but in bed or may be entirely normal which was just twenty percent possible. That was the reason when he saw that she have recognised him, he slowly came towards her, he knew well she would cringe from him but later when she said she couldn’t move, he just couldn’t control himself and ran towards her and engulfed her in his arms while she cried her eyes out. She was lifeless and may be couldn’t move but crying more was not good for her. She have just worked up from a severe surgery and this could be dangerous for her.

1 thought on “Sailing to life once again!”