The regular monsoons had started and the pleasant fragrance of mud engulfed her all around. She loved walking at the park at this time in the morning. The kids from her neighbourhood were busy running around her. They used to love to go for playing in the he park when she used to go for a walk. They enjoyed teasing and playing with her there. Even at that time the youngest kid from neighbourhood removed the band that clasped her long hair in a ponytail and ran away teasing her. She started to run towards him but the sudden breeze made her hair come on her face and she didn’t see the opposite person running by and thud they both went down on the floor clashing. She tried getting up but it was slightly difficult as she lay on the person’s arms who she had clashed with. “I wonder when girls with eyes would make use of their eyes when walking on parks?” Said the one who she had clashed with and she looked at him with a start.
Adil was busy jogging on his track when a girl running from the opposite side came and clashed with him. He caught her in time from falling straight on face on the ground though in the process his own back may have got scratched. He could feel the usual miss of heartbeats and then the speeding of them when he recognised who this beautiful looking long haired girl was! She was busy trying to get up from him, embarrassed of her position and her long black hair hiding them away from the spectators. He lightly breathed in her perfume. It has been two months now from the day she went away from his place first at the hospital and later at a rented place which he knew nothing about. He knew she was still the PA in the office but he avoided going there. Being near to her made him weak which he just can’t afford to be. But he missed her! He missed her tantrums, her challenges, her being in that room where he used to often go just to feel her. 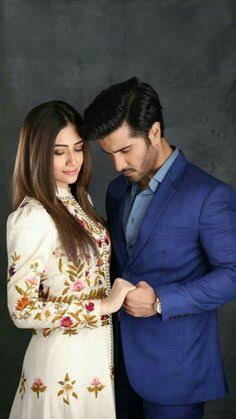 Sara looked at him. He was here, so close to her again. The way he was watching her caused her to blush. She have missed him all these days. Often she used to just sit, close her eyes and watch him in her dreams, completing her life. So what he would never love her, why would he? He was Adil Khan, the millionaire with lakhs of girls around him, but still she hero worshipped him or may be loved him? She used to often ask herself. May be that was love, but whatever it was, just the thought of him made her feel happy. And today, being so close to him made her thoughts and feelings go hay wire.

She slightly stood up and looked around for the boy who took her band away. Her hair was now on her face and even on his shoulders because of the heavy breeze here. “So, aren’t the girls using their eyes nowadays?” He asked her mischievously staring at her beautiful flushed face. “Yeah, but the walls between the roads aren’t staying in their places nowadays!” She retorted him back in his own tone. Just then the kid came with her band and too confused with those fast heartbeats and his deep penetrating stare, she turned to go.
“Wait sara!” He stopped her from behind. “She turned towards him. “I have been missing you! Have you been too?” He asked her directly in a soft voice while she got more confused and started to think for a suitable anwer. “You always wanted to know why I did all that for you and it was surprising for you?” He started talking after waiting for some time. “Even I have been searching for this answer since the day it all happened. I don’t know why but you always clicked something in me. Even while I hated you, it was always something I did out of protecting from that magical spell you always casted on me. I Often felt I was doing wrong to you, my heart used to stop me from doing that, but my ego, my brain never accepted the fact that myself, the Adil Khan, the man made to conquer the business world can be conquered by a small delicate girl.” He said while he watched her beautiful face go red again with her hair playing around on her face. She tried to clasp them in a band when he caught her hand, “let it be, you look more beautiful this way!” Sara went more blushed and gazed away from his deep eyes.
“When I saw you almost die, I was in pieces Sara! I just wanted to protect you, nothing else mattered, not even my own life. And that’s why I did all that I did. Because….” he stopped to search for words to say all about his feelings. “Because?” She asked him slowly and he gazed right in her eyes, “because I knew you were home! You felt mine, you were mine and I could do anything to protect you, to get my home near me, to let my world stay in this world for me, forever!”
She couldn’t believe he said that. She doubted that day when she went to ask him about it and knew she loved him, but she never expected love back. Especially when he made it clear my looking in her eyes. And today, it felt as if he was saying her words through his voice. She felt the same about him and she couldn’t help but smile knowing that now life can be hers too. God wasn’t unjust after all, even she got her side of happiness today.

She looked up at him and said,”that’s what I always dreamt of you being,my home, my dear one!”
Adil was overwhelmed at this and pulled her closer towards him and he clasped her flushed face with both his hands,”So, what about sharing my place for ever after now?