Special occasions need special celebrations.. so did my wedding anniversary deserved . For some secluded time .. we as a couple opted for the ITC hotels Parel Munbai ..a Grand place to celebrate our Grand day .
After crossing the huge beautiful lobby with soo welcoming staff we finally were seated on our table at our chosen Mughal restaurant Kebabs N kurries

Traditionally dressed staff always with those polite smiles n ready to welcome . Soft n serene ambiance with beautiful traditional interior ed surrounding ..good big menu to choose from with loads to indian delicacies of Kebabs n kurries listed .
After taking the order we weren’t made to wait empty handed , some roasted crunchy papads were in their way 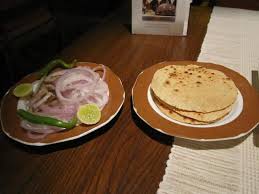 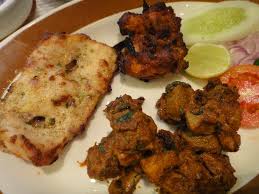 The main course of chicken kurrie which had soft yummy chicken cooked in red sauce which was tasty as it looked ..well it says the sayings are truth .. all that glitters can be gold too .. the gravy paired with generously buttered naan was just enough to satisfy our cravings for royal feast

To seal it up tight we had a huge glass of chilled sweet lime soda n well it was satisfyingly fabbbb .. super fabb ..
Well this wasn’t just enough while getting out we were served with the traditional paan .. the famous after meal pairing .
The time spent there along with the meal honored our celebrations and left us with a smile to cherish this year as an awesome one too .
And the cost wasn’t that which could spoil our budgets too ..its just approximately 3.5 k for a couple .