“Good day Ms. PA!” She jumped with surprise at his voice in her ears. She turned with a glaring temper to see him smiling there as if he was the most innocent man on the earth. Surely he knew now that she got to know about this! Then too he was behaving as if it was the most natural thing on the earth. She doubted about what his theory of privacy meant. ”Are these your manners Mr. khan? Gaping at someone else’s cabin and not even letting them know they’re stalked upon! How steep can you go more?” She hated him for this and that hatred was quite distinguished in her words. He seem to have absolutely no shame on this matter. “ First of all Ms. PA, This is my office and my property and I own everything out here. So I can do whatever here without asking anyone’s permission, let alone asking about the same from my workers. And you have to abide to every rule I put up here, got that?”

“Absolutely not! I’m not going to bear this rubbish rules of yours. I’m leaving your damn job. You can hire another PA who’s deaf, dumb and blind and can bear all your injustices easily! I just can’t do that. Sad for you, but I have a mind and some respects along with my wishes and feelings too which just can’t let me become a slave of pig headed man like yours!” She went non stop later breathing heavily because of the high temper and that high pitched statement.

She started walking towards the door when he called out before! “Wait Ms. PA! You just can’t go like that!” “Oh why not? You’ve not bought me from a mall, I can go and do as I will.” She turned and fumed. “Here!” He threw a bunch of papers of her face which made her step backwards. He was calm on the outside but his face depicted just how much temper he was holding. She suddenly felt a little scared about how harsh she has been and about what she have just said. She caught the papers, it were her contract which she has signed accepting the terms of being a PA. She remembered reading it well, it clearly said that if she wanted to quit the job before a year, she had to pay them a good compensation and even after that a fifteen days prior notice was needed. Failing to which she can be taken to legal institutions for further procedure. 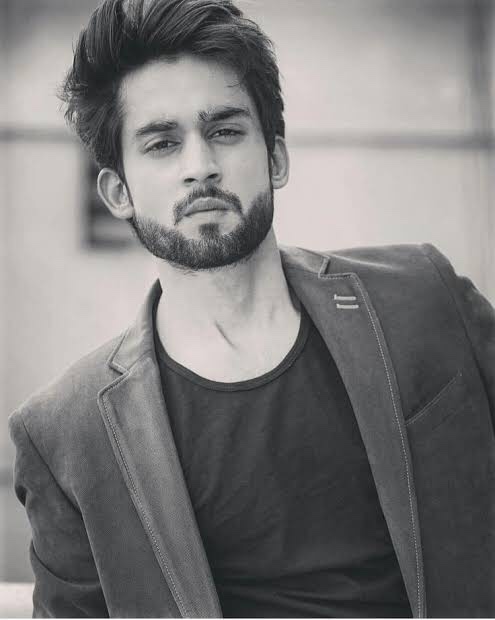 ADIL khan expected this outrage and threat but she was quite late according to him. He thought she would be asking to quit the job the instant she would be informed about him being her boss. But, strangely, she didn’t utter a word then. Then later, he thought because of the work pressure and alll, she would ask to quit the job. That was the reason he have kept this clause in the contract and always kept it ready with him. Just in case she needed a reminder. He was quite sure she had read it all carefully before signing, but still the instant she told about quitting with all those things, he couldn’t help his temper. He didn’t wanted to throw it on her face but the way she spoke to him, made him go crazy!

As for the reason of her temper, he knew she was over conscious about her privacy but he had to keep her in his vision to plan his next action. He truly enjoyed interfering in every thing that she thinks shouldn’t be invaded. That was the reason he thought of this idea. Hence, when the workers came that day, he replaced the mirror in the adjacent cabin wall that was the partition wall from his room with a more advanced mirror that looked like a mirror to the person in the outer cabin, but a see through glass from his room. That was the reason he used to see each of her actions. He often saw her sweating badly even in full air conditioned room then she would sip that bitter tasting energy drink and relax with her head on the office chair for a long time. Strange girl, dieting so much that she couldn’t cope up with the weakness. He never saw her talking to anyone in mobile or checking the same for messages. He actually was waiting to get a connection of her family and friends, to plan his next move.

Sara stood perplexed on her place. She knew she can’t compensate for the contract breach. She just couldn’t afford to pay such a huge amount in such a short time and warning them a fortnite prior, she didn’t even know she would be living that long. And after that insult from him throwing those papers on her face, she just couldn’t bear working under him now. The situation was getting more crtitical than just a revenge.

“So, what do you think Ms. Sara, when are you submitting the request of quitting the job? Ohh or are you thinking about what’ll leaving the job lead you to? After giving up that old home, I’m sure your new landlord wouldn’t want a paying guest who’s jobless and couldn’t even pay the rent!” He challenged her knowing she was in a hopeless fix right now. Sara couldn’t bear those words. Each of them were a painful stab at her. She knew her hostel matron will look at her suspiciously once she’s at the place for longer without go to work and apart from that, paying the compensation was just impossible for for her.

Read the next part here!