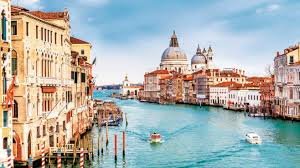 Whenever the word romance comes in our minds, we automatically think of Rome, the most romantic city on earth! When we think of taking a ride at a clam time on a serenic lake, se think of Venice, the city made on lakes! When you hear the mention of Roman ruins, Pisan churches and Spanish Baroque, you think of Sardinia! This, is just a part of the enticing land of diverse culture, rich heritage and spell bounding beauty, Italy! The one country at Europe that has loads to offer to his visitors and where a traveller can enjoy a calm and quite yet an exciting stay! Let’s get to know some of these enthralling inclusions of Italy, that’s a mandate visit when here! 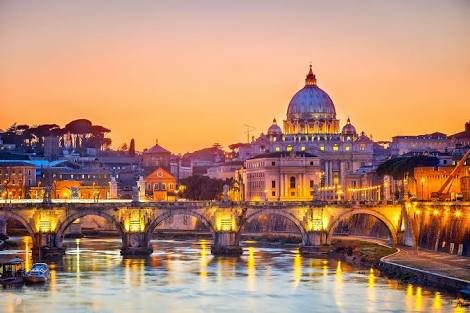 The city of lakes whixh has continued staying the most enchanted place on earth for a calm visit here! The charismatic captivation of Venice is enough to capture any traveller’s attention till the verge of ultimate satisfaction. With crisscrossing canals, marvelous castles, ancient museums, cathedrals, art galleries, churches, and public squares, Venice has the potential to charm to anyone. The grand canal and the Rialto Bridge are the most stunning destinations to check.

The most enchanting destination of Europe is one of the oldest and amazing place of Italy. The old ruins, the cultural heritage that this place carries and most of all the aura of romance that it carries, is enough to behold any tourist’s attention. Vatican museums, St. Peters Basilica and Colosseum are some must check places at Rome.

Milan, an international cosmopolitan outlook, a vibrant food and drink scene and scores of hotels and some modern skyscrapers, the city’s buildings have spectacular interior courtyards. Milan cathedral, Sforza castle, Gallerio Vitterio and Teatro alla Scala are some astounding locations in this ultra modern cosmopolitan city.

Sardinia has some of the Mediterranean’s most seductive beaches, magnificent rugged landscape of the granite interior, the fabulous seafood and, for history buffs, the strange and evocative remnants of Sardinia’s ancient nuraghic culture Sardinia has an amazing calmness in it’s own self. With some excotic and staggering number of prehistoric sites, especially the enigmatic round stone towers known as nuraghe Sardinia a one-of-a-kind destination. Nuraghe Su Nuraxi, Costa Smeralda and Alghero should be visited here!

The one destination of Italy that has engulfed modern culture and urbanism tightly while they flaunts their orthodox and old culture and practices with pride. The land dedicated to beaches and excotic heritage sites, it’s also a foodie’s dreamland. Lucca, Pisa, Siena and Chianti Wine Region are some of the excotic locations to explore here.