My son is 13 years old and quite mature and responsible for his age! It’s always a pleasure to be around him, listen to his wise words and grasp those meanings in them. The one little friend I have who understands my talks even before I speak them, the one who encourages my efforts when I try my best to keep up the house chores. 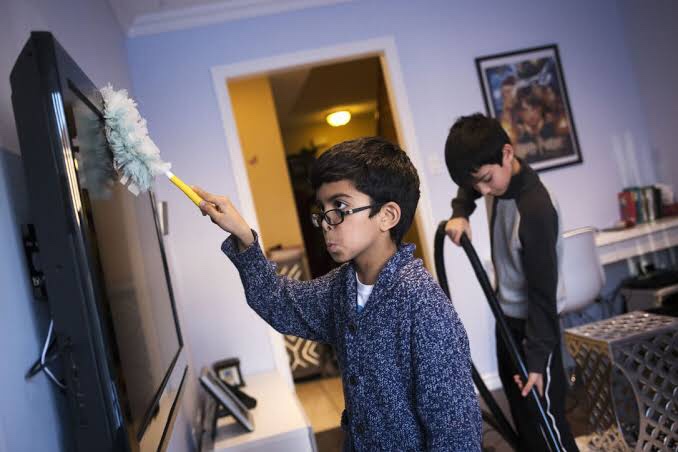 So, when Ariel started this initiative of sons sharing the load of their moms by helping in their house chores, I just knew my sons the one who could be totally eligible to be tagged the best in doing this task.

Though, my son never fails to be a helping hand to me regardless of which day of the week it is or which hour of the day it is, I still following the new challenge started by Ariel India, told him to be ready to help in our laundry this Sunday.

Though it was fixed just for the mainstay, my son as helpful as he is, started to help me starting from the breakfast table. From laying the table to picking it up, from cleaning and shafting the rooms to tidying up the wardrobes, he was just perfect. An all too excited to try the Ariel son days task, he helped me with the laundry too.

He cringed a little at first to pick up his own dusty clothes all brown because of playing cricket in the regular ground, thanks to the IPL fever going on! But later he understood how his mom would be doing this task without even a tiniest frown on her forehead.

He even dropped a little too much of the Ariel liquid, but it was ok! I added some more extra clothes in the washing machine to deal with it. I even saw him glancing at his watch multiple times awaiting eagerly and watching the clothes spin again and again.

I gave it all on his shoulders to deal with the whole laundry and didn’t even sneak near the washing machine. I knew he was big enough to handle the load alone. After all, he was my son and sons of strong moms can share and uplift the the load!

I was totally glad to see him all too busy taking out the clothes from the washing machine and drying them up with proper clippings and loved the perfection and tidy ness in his hanger clothes. He even instructed me not to take them down and fold them, he told he’ll be doing that task too.

I know many you moms would envy me for this. But call me lucky or whatever, I know I’m blessed to have a son who can share my load! And why not, this is the generation of sharing and equality and I am so proud to be a part of this family of creating an example of #Shareatheload activity when my son shares the load!